5 Ways to Make Your Kitchen Ceiling a Design Feature

Kitchen ceilings are often plain smooth surfaces (or even the dreaded popcorn ceiling), but a kitchen ceiling can take your kitchen from tasteful to luxurious.

Tray ceilings are recessed in the center and serve multiple design functions. In homes with high ceilings the lower sides of the tray ceiling give the room a more comfortable shape, allowing cabinetry to be mounted all the way up to the ceiling. Tray ceilings can also be used to separate rooms in an open floor plan by outlining each room through the ceiling space above them. The recessed center of a tray ceiling creates interest and dimension in what might otherwise be an unnoticed ceiling. This center area can become a feature of the room when it is painted a darker color, wall papered, or finished with a wood or plaster design. The most exciting design function of a tray ceiling is in the potential for lighting the space. Lighting a higher ceiling around the recess is particularly nice in rooms with very high ceilings where a light fixture would hang too low to light the ceiling well. 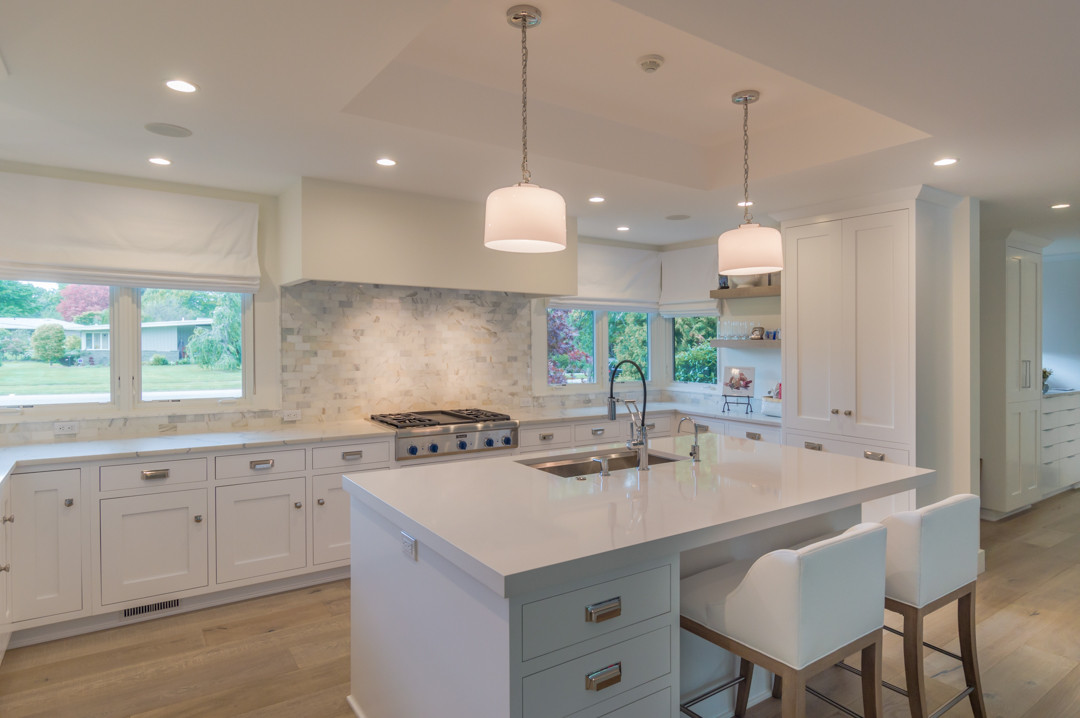 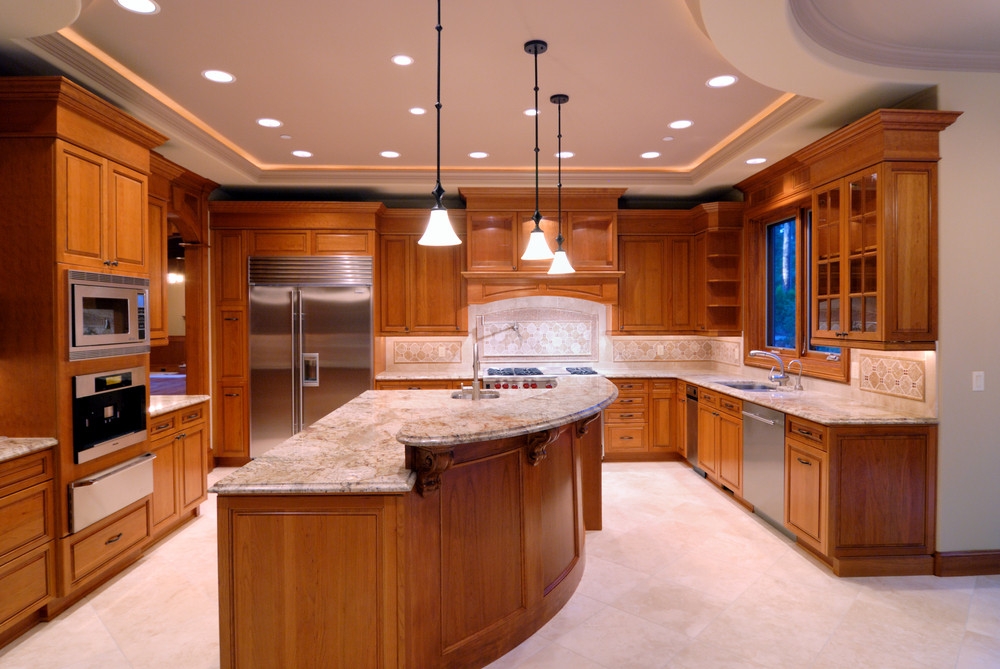 Traditionally, you will find coffered ceilings in Georgian and Victorian homes. Coffers are recessed squares between beams built in grid-shape that are decoratively trimmed in decorative molding. Homes with coffered ceilings were built so that the beams were in the pattern that the ceiling would take. Today, coffered ceilings are usually a "faux" version placed over top of a flat ceiling. Faux beams create the same luxurious affect as the traditional coffered ceiling. 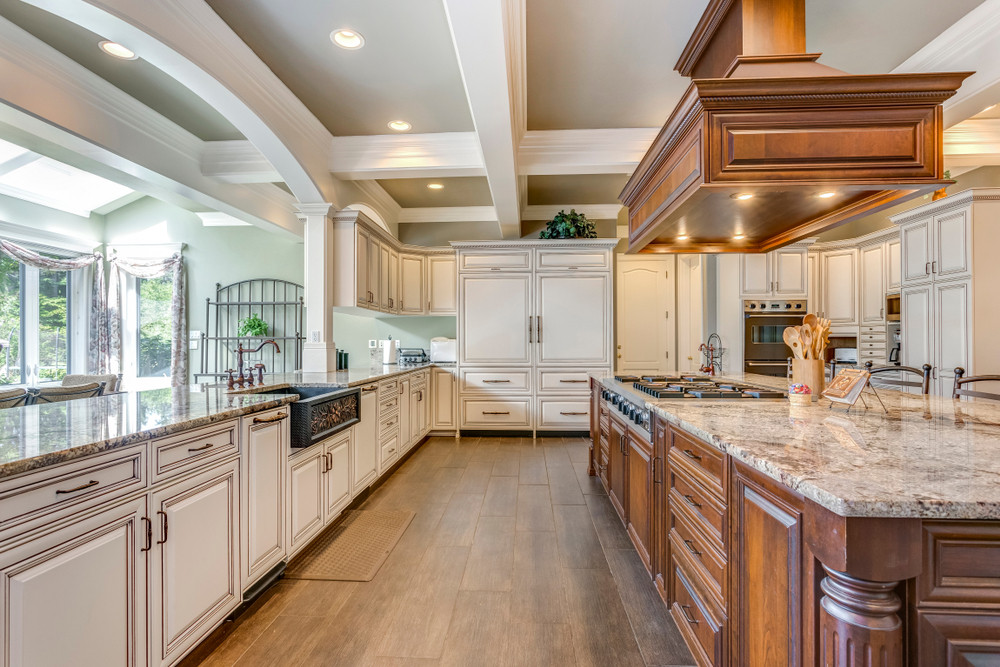 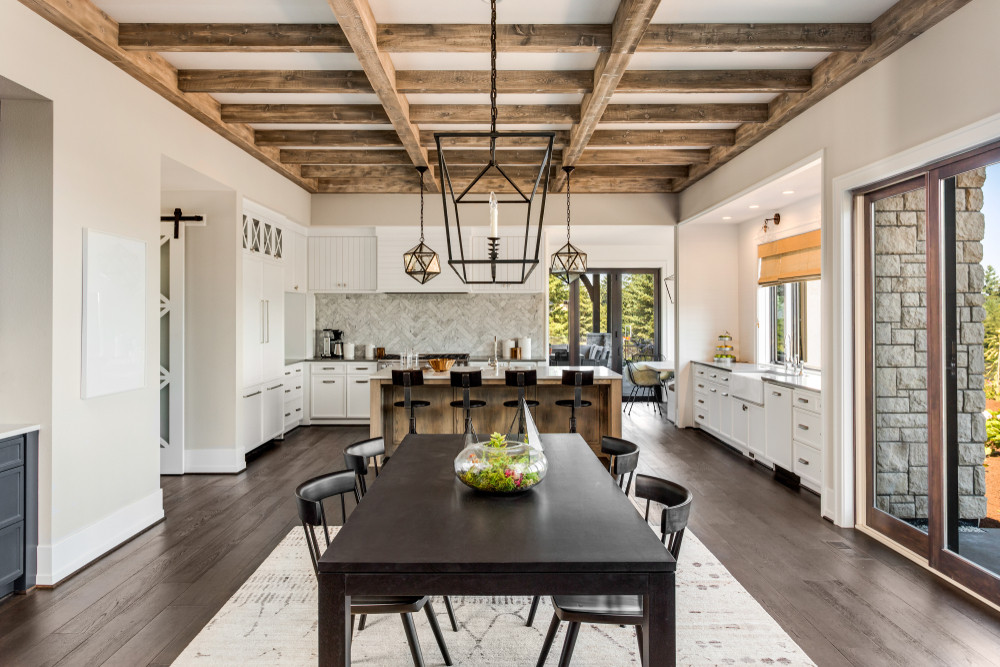 A shed ceiling is a ceiling that slopes on a steep plane with one side higher than the other. Shed ceilings usually exist where there isn't a floor above them, so they are typically in a ranch style house, first floor addition or second floor kitchen. Shed ceilings create dramatic incline and can be finished with other ceiling styles such as shiplap or beams. 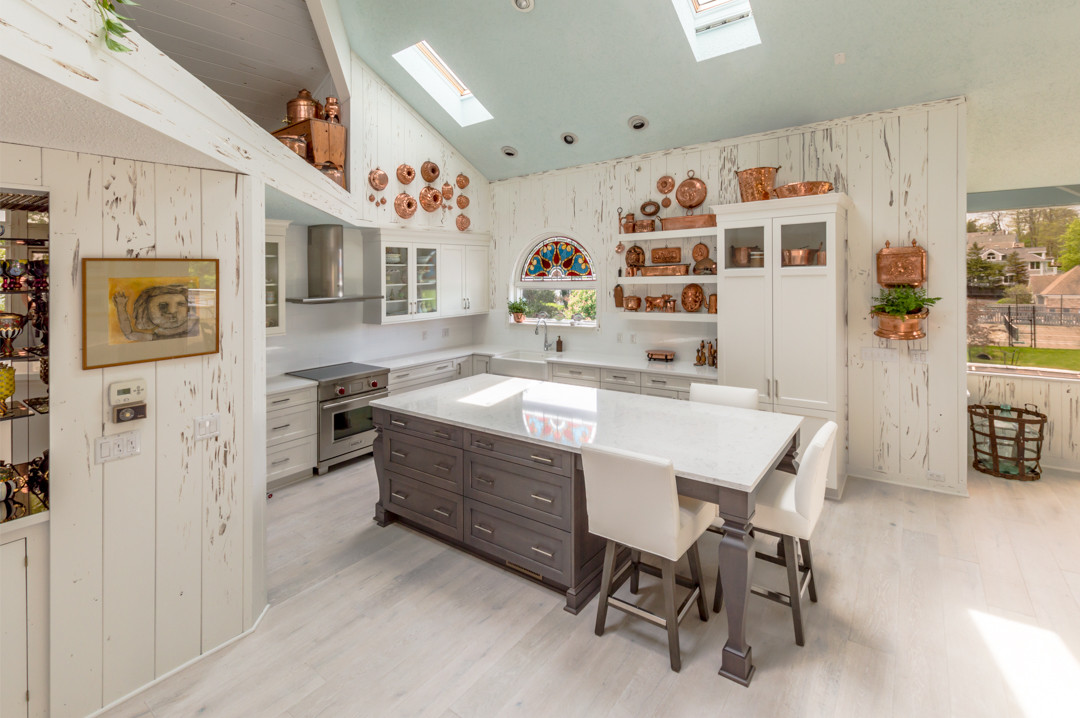 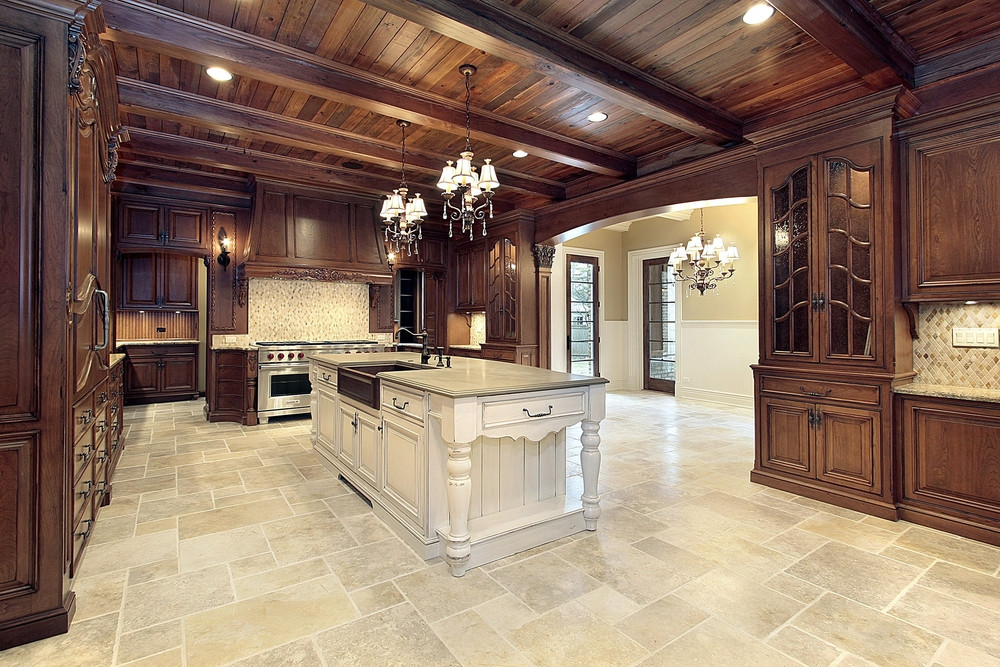 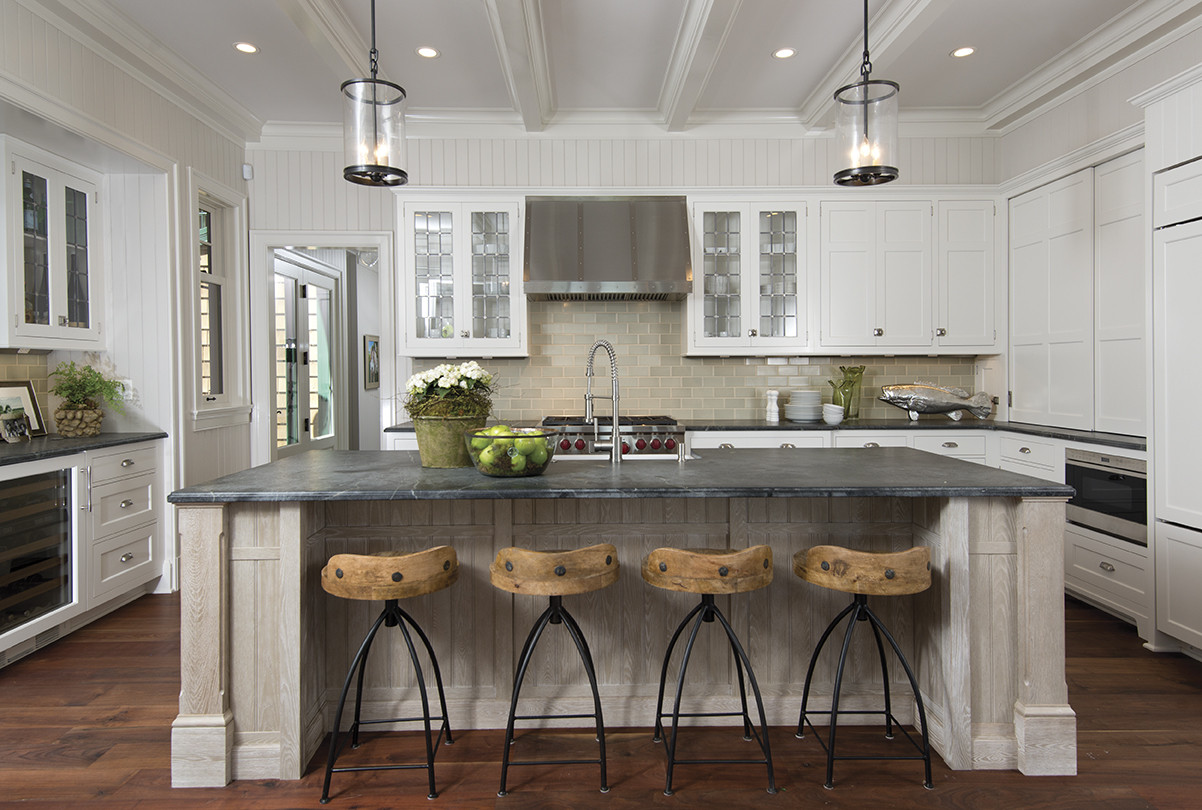 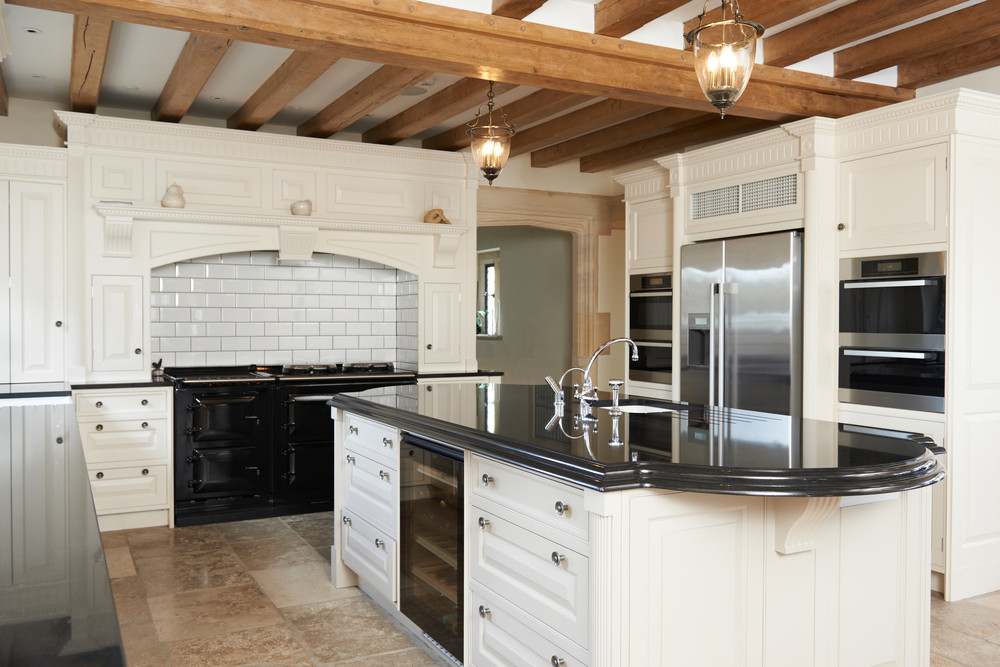 Shiplap is traditionally found in historic houses both on the exterior and on the interior of the house. Shiplap boards come in different widths, but all have the same interlocking edges called rabbets which allow the boards to fit tightly together. Sometimes shiplap is used as wainscoting under a chair rail. Other times it is used on entire walls or ceilings. In a traditional application, shiplap is laid horizontally, changing an ordinary wall into an area of texture, character and interest. For this reason, shiplap walls or ceilings are often painted white -- not needing color because they bring enough interest to the space on their own. 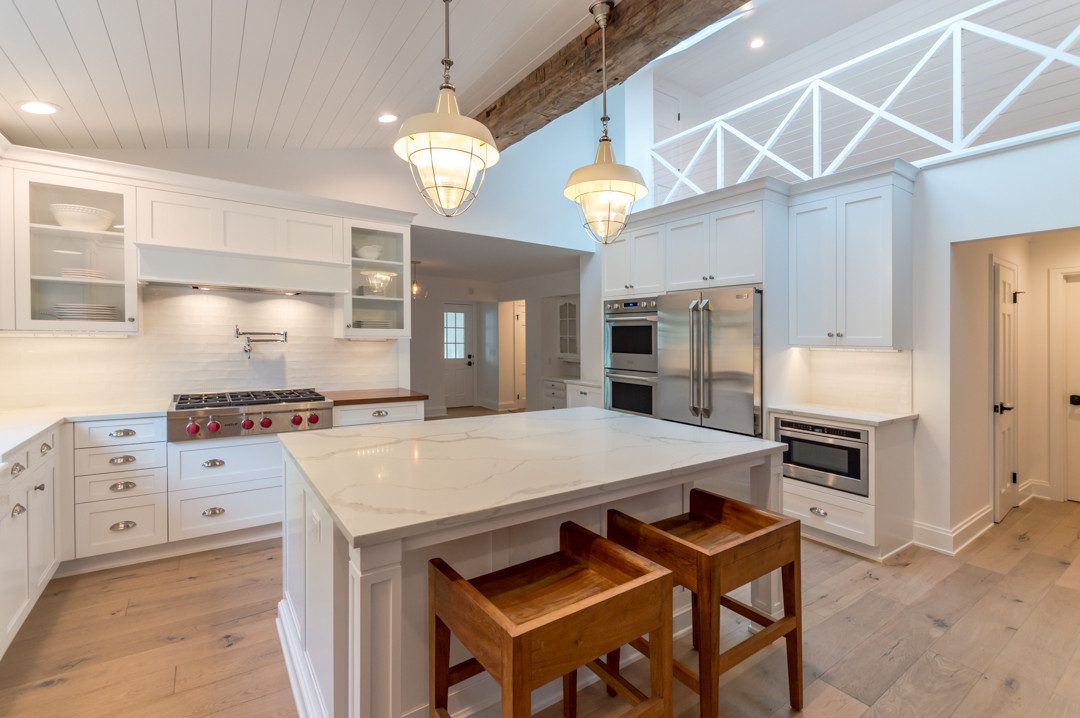 Choosing anyone of these kitchen ceiling designs could make your kitchen the feature of your home!
Contact Us
Call Us