The waterfall, as a tiled shower design, termed tile waterfall, is a reaction to the widely used horizontal decorative tile band that has been around since Roman Bath houses.  Sometimes called a listel (French) or listello (Italian) this has been a go-to way to add color/design/sparkle/motif to the wall. Usually this band is narrow, only 3" or 4" wide, installed at eye level.  You know what I'm talking about... 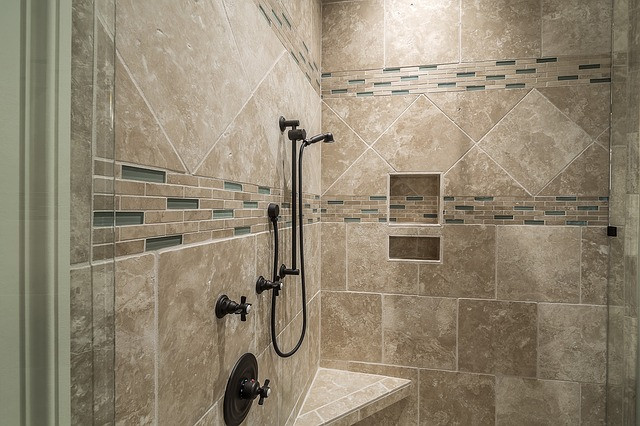 In contrast a waterfall tile design typically refers to a vertical tile accent in direct relationship to the main plumbing feature.  This supports the idea of "falling water" even when the shower is not on.  Clients are attracted to this type of bathroom tile installation when they are trying for a spa atmosphere, or they are of a Feng Shui sensibility. 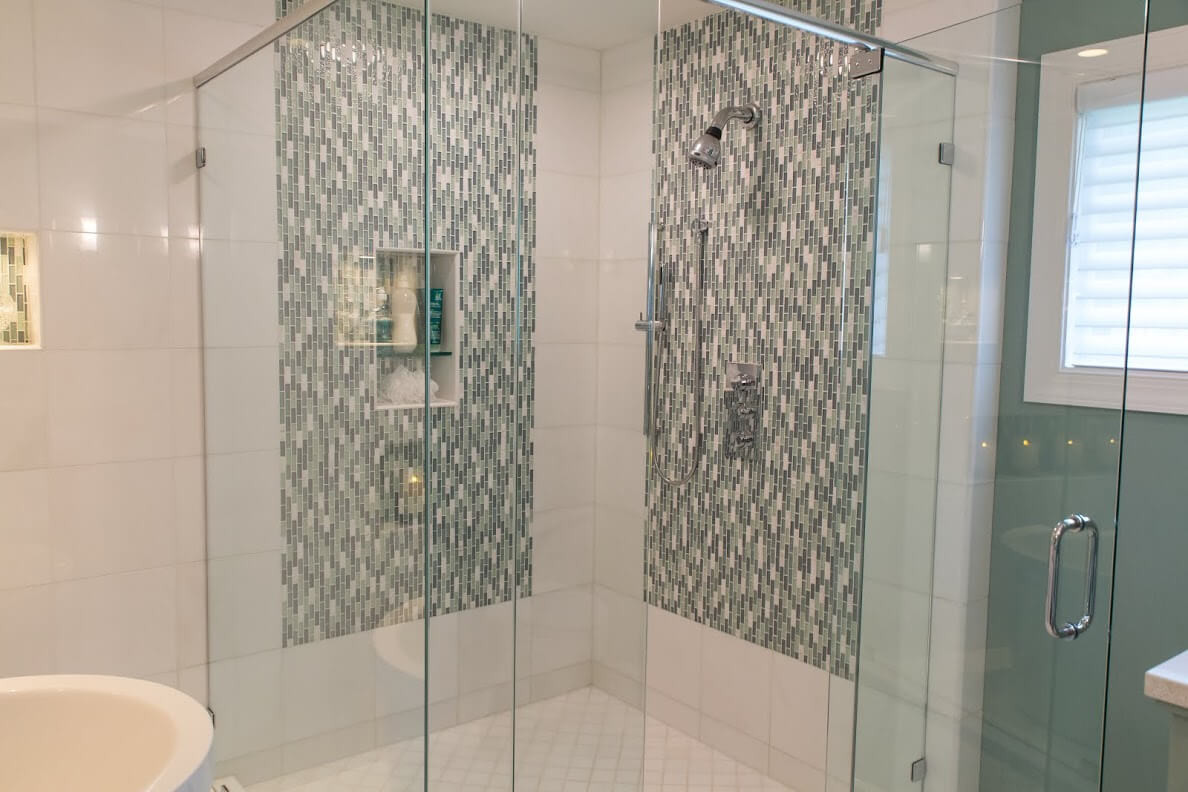 A tile waterfall in a bathroom remodel is most successful when it is supported by other vertical elements, like extra high ceilings, tall bathroom cabinetry, long mirrors or clerestory windows. My favorite tile waterfall installations have a couple of things in common... they don't have to compete with other decorative features and it's best to have just one area of focus.  Here is a good example of an over complicated design. 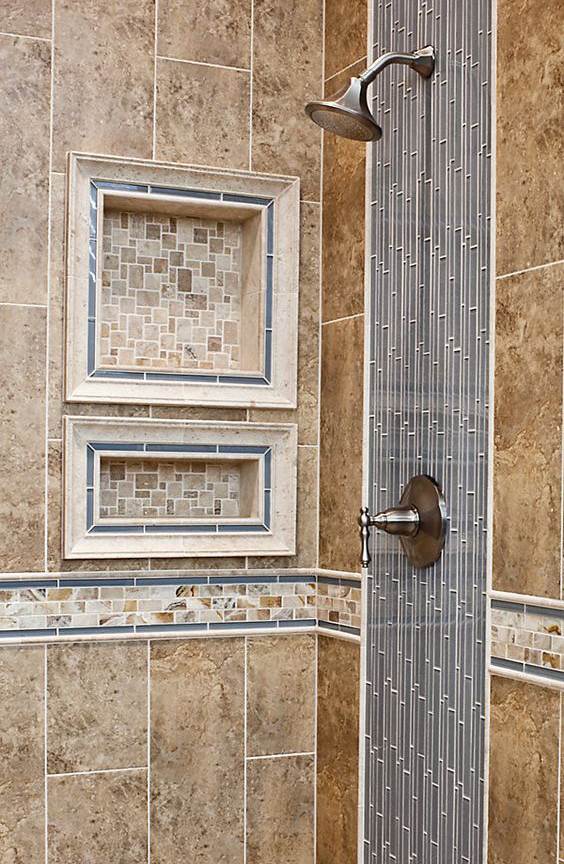 The waterfall tile feature in this picture does have some redeeming qualities.  I like that the feature itself is wide, a vertical band really has to be 12" or more to have the desired effect.  It was also a good choice that the field tile is rectangular and installed vertically.  One more positive is the mosaic itself is made up of rectangles.

Now, I have some suggestions for making this waterfall tile feature more focused. For example, the horizontal stripe really interrupts all of the good vertical energy created by the mosaic and the field tile.  The design would have been better served by eliminating it completely.

Also the field tile is heavily patterned.  A more subtle tile would detract less from the feature.

The shower niche, or niches could have been designed to also be vertical.  It was also a good choice to not put a mosaic on the back walls of the niche in this case. (For more on that can read my previous blog post, The Evolution of the Niche).

One last suggestion, and this is just a want, not a need, but it is advantageous when the waterfall tile feature can also be used as the shower floor.  There is something very serene & satisfying about this look.

For more examples of effective tile waterfalls, please visit my board "Chasing Waterfalls" on Pinterest.